The kinkajou (Potos flavus) is a mammal of the family Procyonidae related to olingos, coatis, raccoons, ringtails, and cacomistles.  It is the only member of the genus Potos.   Kinkajous may be mistaken for ferrets or monkeys, but are not closely related.   Native to Central America and South America, this arboreal mammal is not an endangered species in Yucatan, though it is seldom seen by people because of its strict nocturnal habits.   However, they are hunted for the pet trade, for their fur, and for their meat.  They may live up to 40 years in captivity. 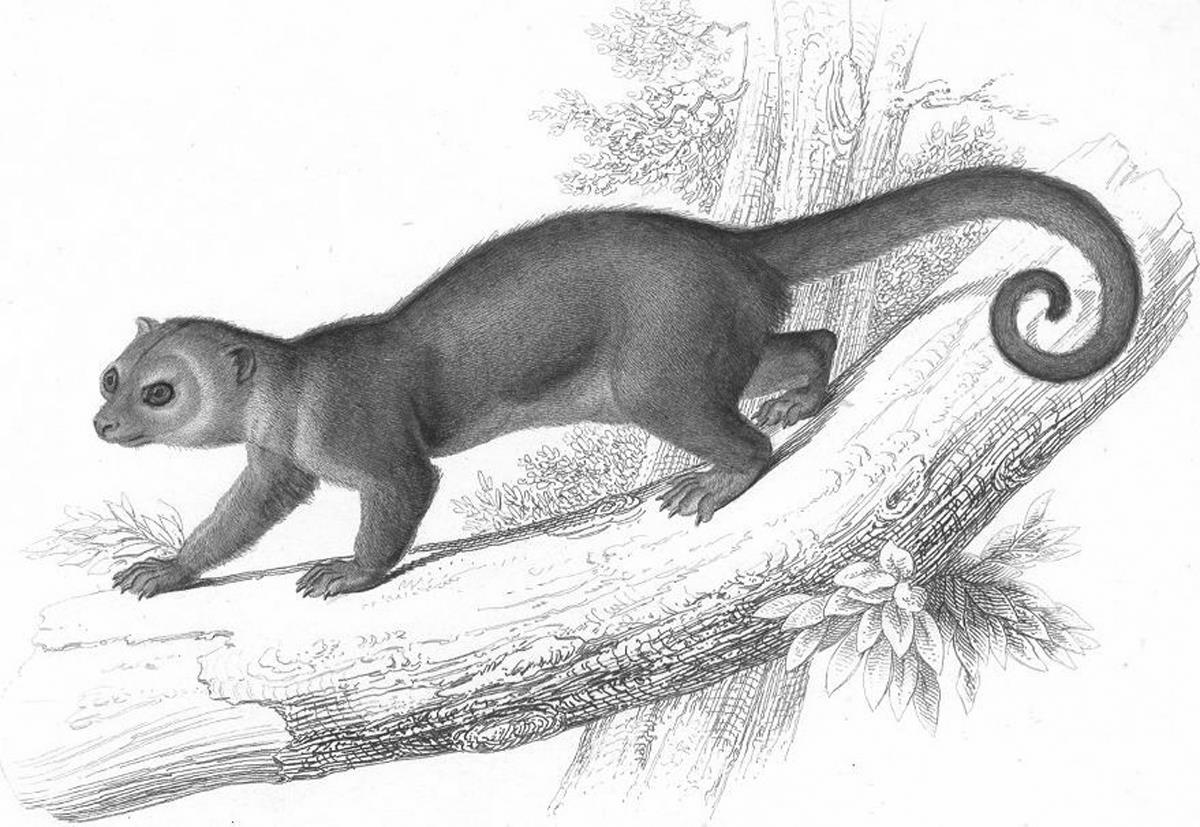 An adult kinkajou weighs 3–10 pounds.  The adult body length is 16–24 inches, the tail length is 16–24 inches, for a total length of 32-48 inches overall.  The kinkajou is omnivorous, but its diet consists mainly of fruit.  The kinkajou’s slender five-inch extrudable tongue helps the animal to obtain fruit and to lick nectar from flowers so that it sometimes acts as a pollinator.  Nectar is also sometimes obtained by eating entire flowers.

Like raccoons, a kinkajou’s hands have a remarkable manipulatory ability that rivals those of primates.  It has a short-haired, fully prehensile tail (like some New World monkeys), which it uses as a “fifth hand” in climbing.   A nocturnal animal, the kinkajou’s peak activity is usually between about 7:00 PM and midnight, and again an hour before dawn. They breed throughout the year, giving birth to one or occasionally two small babies after a gestation period of 112 to 118 days.

The kinkajous of Cozumel are rare.  The last recorded sighting on the island of wild kinkajous was in May 13 of 2021, when Harry Songe photographed a pair cavorting in the rafters of a palapa at night.  Below is Harry’s photo of one of the pair: 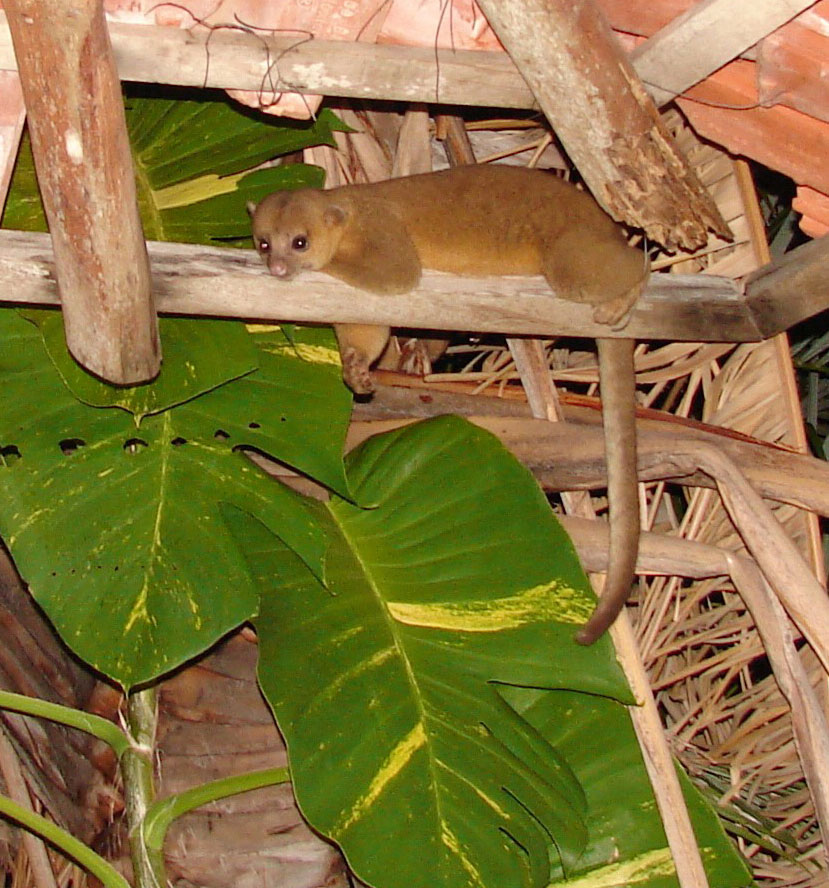