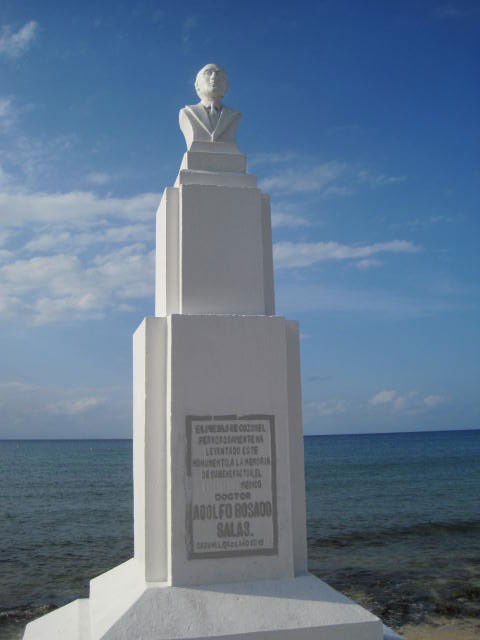 The concrete plinth with the bust atop at the intersection of Calle Adolfo Rosado Salas and Avenida Rafael E. Melgar is commemorates a well-loved doctor who moved to the island in 1942.   He was renowned for his dedication and often provided his services free.   An anecdote told by our island’s historian relates how the night before he died in his sleep the doctor entered the cantina owned by Don José Cruz Bonastre and bought a round of drinks for all present, saying “friends, I want you to accompany me in a toast, for tomorrow I will be buried in the cemetery.”   And, true to his word, he was dead the next morning.   After he was buried, an arrow was placed on his grave marker pointing towards heaven and bearing the word “consultas” (consultations). 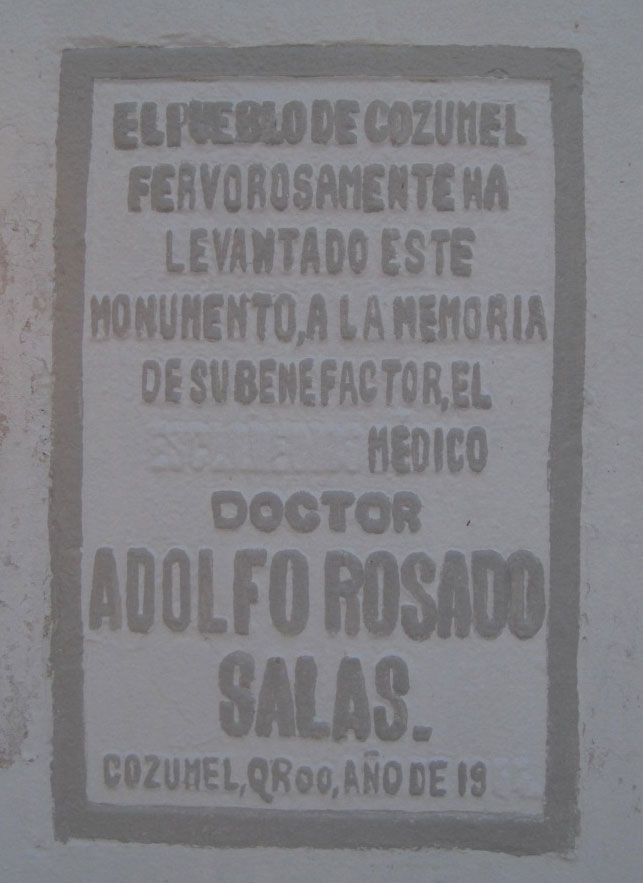 The well-worn letters on the monument have been painted over and over again so many times that they are very difficult to read.   The last covering of paint was an attempt to trace over the original letters, but the painter couldn’t make out the exact words, so he left some of them he couldn’t make out unpainted.   The entire text reads:

(The people of Cozumel enthusiastically raised this monument to the memory of their benefactor, the illustrious medical doctor Adolfo Rosado Salas. Cozumel, Q Roo, 1955)