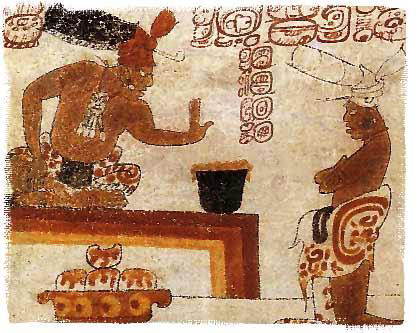 When it comes to taking advantage of naïve foreign visitors who are looking for cheap deals, early Cozumeleños were no slackers.   Back when the island was a center of trade in pre-Hispanic times, the occurrence of “counterfeit” cacao beans, which were used a currency by the Maya, was not uncommon here.   The soft inner meat of the bean was hollowed out, so it could be consumed and then mud stuffed back inside the husk to hide the fact that the meat was missing.

Later islanders figured out how much foreigners valued “brand names.”   Since the island was growing tobacco for export, why not package it under the more profitable (but false) name of “Habaneros,” or Havana Cigars?   Juan Bautista Anduce, one of the islands more famous repobladores de 1848, decided to do just that.

When Alice LePlongeon and her husband Augustus visited Cozumel in December 1876 through June 1877, she wrote about her experiences here in her book Here and There in the Yucatan.   In the book, published in 1889, she described visiting “The principal planter here, Mr. J. Anduze, took us through his plantation, fifteen miles from San Miguel, and gave us a little useful information…. Tobacco grown in Cozumel is quite equal to the weed produced in Cuba, and many cigars sold as “Havanas” are from Cozumel, whence they are sent boxed ready for the market.”

There is nothing new under the sun!