It has been written in some websites that Casimero Cardenas founded Cedral.   Not true.   Cedral was a center of population on Cozumel ever since prehispanic times.   During the Colonial period, there were more people living in Cedral than there were in Xamancab (today’s San Miguel).   Later, woodcutters from Belize had dwellings there.   Casimiro, on the other hand, first settled in San Miguel.   He and his wife show up on the 1850 census of the town of San Miguel, a census which did not include residents of Cedral or the outlying ranchos.   Casimiro didn’t move out to Cedral until after 1850.

Sometime prior to 1910, the photo below was taken of Cedral:

It shows the church, which was originally closer to the other dwelling in the village, but was abandoned and then rebuilt next to the ruined Maya building, where a newer version of it stands today.

In 1885, an American photographer working for the US government visited Cedral, and wrote:

“Unlike the other villages of the island, the cattle here are not allowed to run at large about the houses, but are kept in big pens with high stone walls around them.   I saw some old Indians that were unable to converse in Spanish, and who knew no language but the original Indian tongue.   They all speak the Indian language somewhat.   They have a small Catholic church in the village, but there having occurred several remarkable spiritualistic exhibitions among the inhabitants on the island, they have in consequence all turned spiritualists, and their church is neglected and about to fall down.   Just on the edge of the village is an old ruin, which, these Indians say, was here at the time of the Spanish conquest, but they know nothing definite about it.” 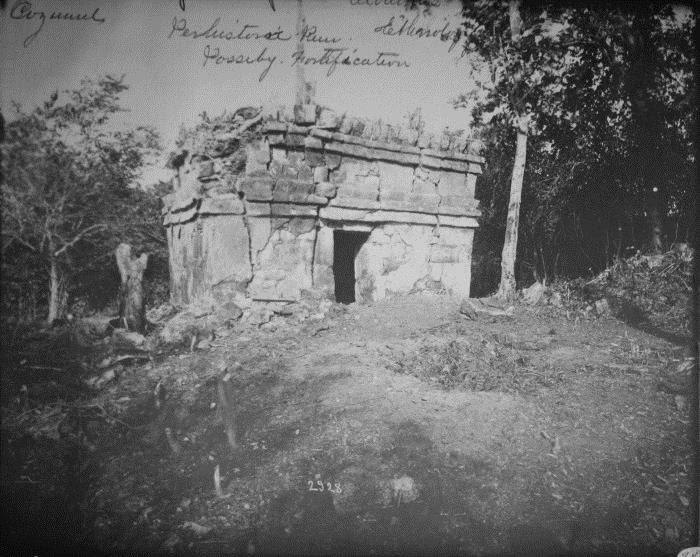 Above is an 1885 photo of the ruin in Cedral before the stones were stripped from its exterior veneer to use as building material and before the church was built next door to it.

Below is a photo taken by the Edward Herbert Thompson (the man who once owned Chichen Itzá) in 1923, showing the door that had been installed in the ruins entryway. 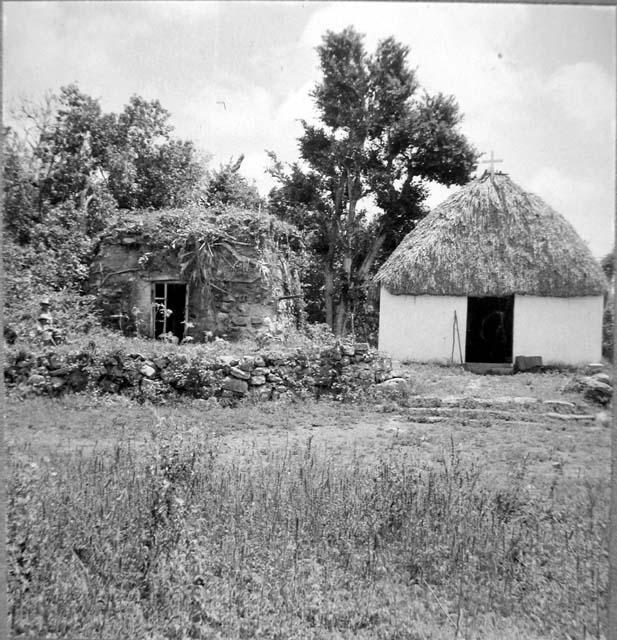 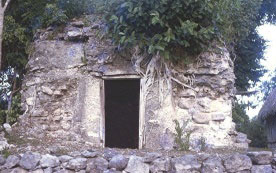 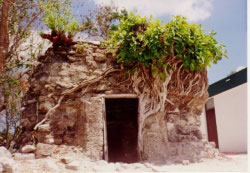 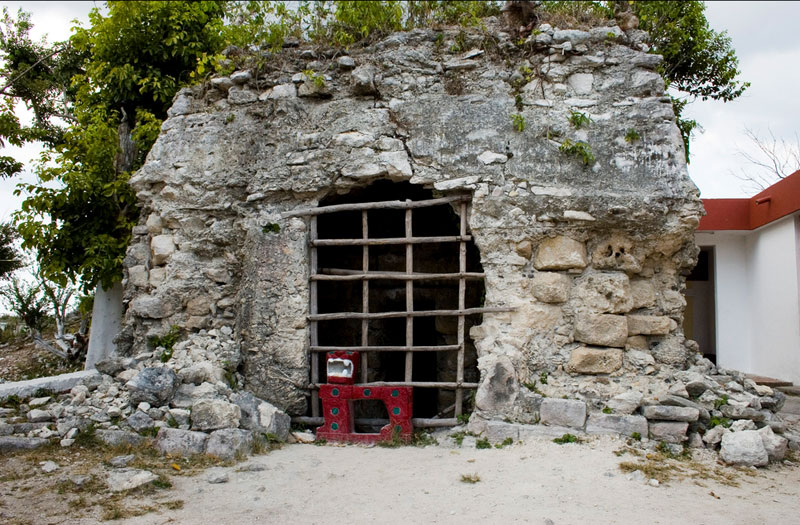 By the 1980s, the wooden door-frame that was added in the 1920s had been removed and the opening began to crumble. Consequently, in 2007, the building was “stabilized.” 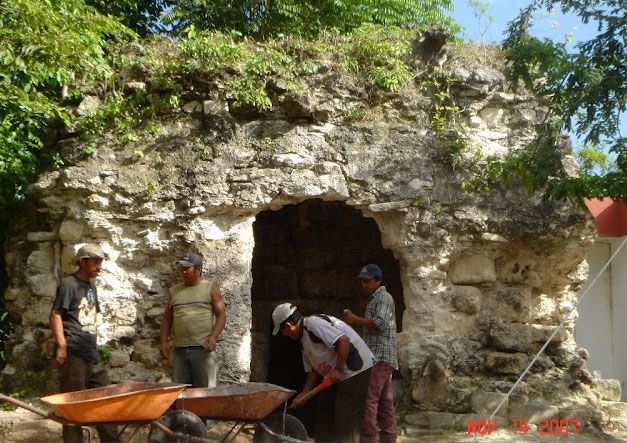 And the result was anything but similar to the original!

Below are the before-and-after photos, side by side. 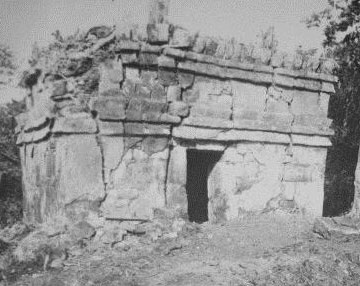 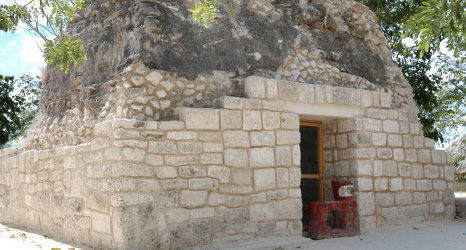